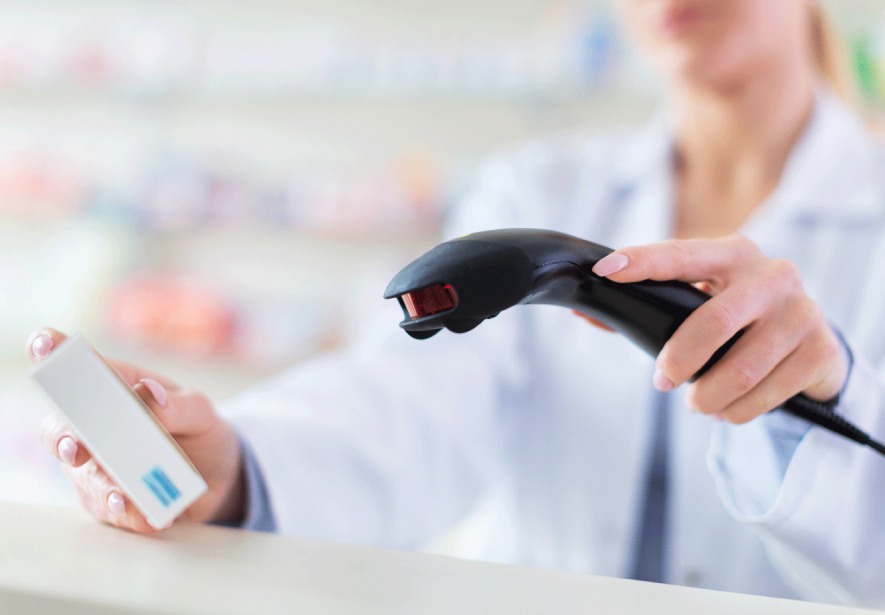 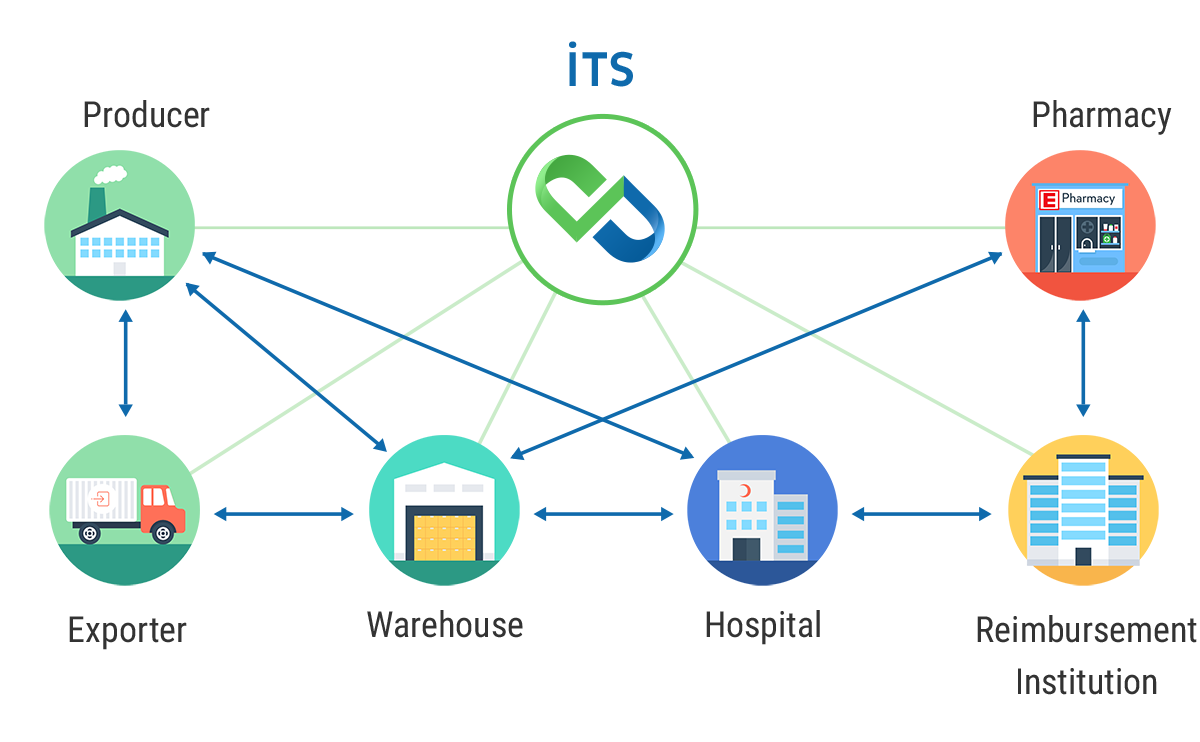 
Pharma counterfeiting is a major problem worldwide and over the last few years, the number of counterfeit drugs has increased. Ongoing education of the public, and stricter laws governing the control of the products, so far are not making a significant impact in combating the issue. As counterfeiters become more sophisticated, pharmaceutical manufacturers and their trading partners need to improve the safety and security of the pharmaceutical supply chain. In Turkey, all stakeholders have licenses issued by the Turkish Medicines and Medical Devices Agency (TMMDA). After obtaining the TMMDA scientific committee’s permission, the data is registered in the ITS system. The Agency also defines the price of a drug; 91 % of drugs in Turkey are paid for through the reimbursement association of the state, making the state the biggest customer of the pharmaceutical industry in Turkey.

The main challenge in Turkey was to ensure and guarantee the reliable supply of drugs to patients. Turkey’s drug supply, like most countries, was at risk of illegal activities that could seriously impact public health and safety, ranging from theft and diversion of legitimate drugs to counterfeiting. Turkey needed to find ways to prevent the sale of illegal drugs, smuggled drugs, or counterfeit drugs and fight reimbursement fraud, among other threats to the safety and security of the supply chain. 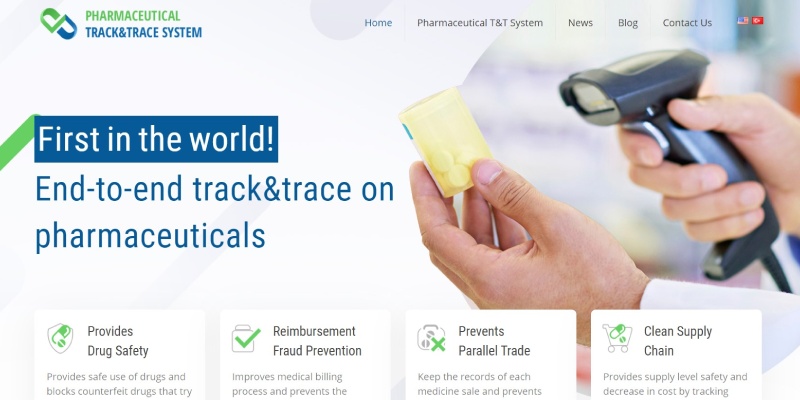 The solution is traceability, which is defined as full, end to end, actionable visibility of finished pharmaceuticals in healthcare globally, from point of production to point of use. That is why Turkey developed their own Pharmaceutical Track and Trace System, known as ITS. In addition, Turkey built a centralised repository to provide a single location that all the stakeholders must use to notify all activities related to the movement of a drug through the supply chain. With such a central management system in place, the ITS can track and trace a drug by using its serial number from the point of manufacture to the point of dispense. By serving as the single source of true data in the pharmaceutical supply chain, ITS has become a fully interoperable, electronic, serialisationbased track & trace system for pharmaceuticals in Turkey, and can serve as a model for other countries looking to establish a similar model.

ITS is limited to tracking and tracing the secondary level of packaging of the drug, however as the majority of drugs sold, bought and transported is done via cartons, boxes, palettes, Turkey developed the Package Transfer Service (PTS), a centralised file sharing platform to track and trace the shipping level. PTS provides an electronic language (PTS XML) that can be used between the stakeholders to share the data related to their shipment and/or exchange. The manufacturer produces the finished goods, uniquely identifies them and includes a GS1 DataMatrix containing additional information: the Global Trade Item Number (GTIN), expiration date, serial number and batch/lot number.


The goods are then packed in boxes which are labelled with a barcode which could be a GS1 barcode. After the shipment is prepared, the manufacturer sends a “manufacture notification” message to ITS and creates an XML file containing pertinent data for the units in the container; this data is then uploaded via an XML file to the PTS. This is the first record that begins the CoC/CoO of the drug pack. After the shipment is delivered, the wholesaler downloads the XML file from PTS, and scans the shipment to verify that it matches the shipment received and sends the purchase action to ITS. The ownership of the drug then changes from the manufacturer to the wholesaler. 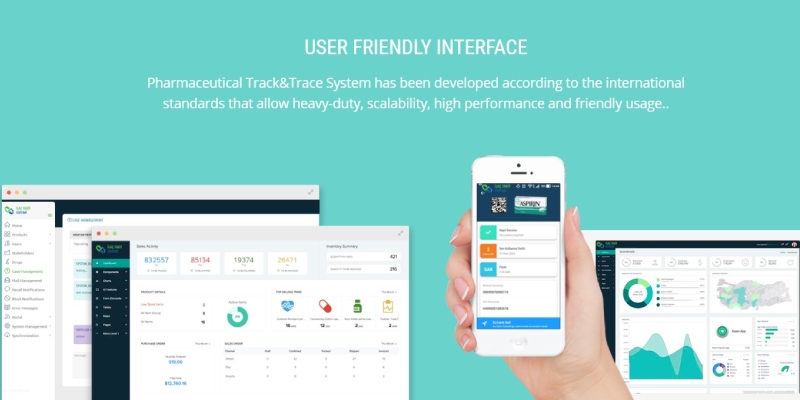 Turkey has more than 40,000 stakeholders included in the ITS system and has tracked and traced more than 10 billion drug packs. On a daily basis, there are more than 45 million transactions through the system. The system response time is 0,02 seconds per transaction, and its performance record is outstanding, with an uptime ratio of 99,999%! Turkey’s main goal was to ensure the reliable and safe supply of drugs to patients. By implementing a traceability system, Turkey has achieved that and more.


The system has contributed to Turkey’s ability to combat the sale of counterfeit and smuggled drugs, prevented illegal sale of drugs, barcode scams and also drug thefts. Results of Turkey’s efforts have been tremendous, and in these five areas alone, the nation is seeing savings of 1 billion US dollars annually. By considering that pharmaceuticals is a ten billion dollar annual industry in Turkey, this is a significant saving. In addition, the electronic system has streamlined supply chain processes, saving time and increasing efficiencies.


With the system in place, the Turkish government also has data tools in place to support its fight against the selling of narcotics on the black market. The product recall process is also greatly improved. The government can conduct more complex recalls more quickly, as the product data is housed in one place. It is now possible for the government or manufacturers to issue a recall for a batch or a half batch of a drug from just the affected stakeholders (vs. the entire drug production or across the entire supply chain).


The recall can be conducted in more specific ways as well, such as stopping a transaction at the point of sale or following the movement of the recalled product backwards in the supply chain. Once a recall is issued in the system, the recall takes effect instantly and no entity can challenge the recall. The product data captured in the system is valuable, and can be used to support rational use of medicines, create administrative reports, monitor the industry and prevent tax fraud, among other uses. Faster decisions and more consistent estimates can be made by using this instantly updated data.


Conclusion and next steps 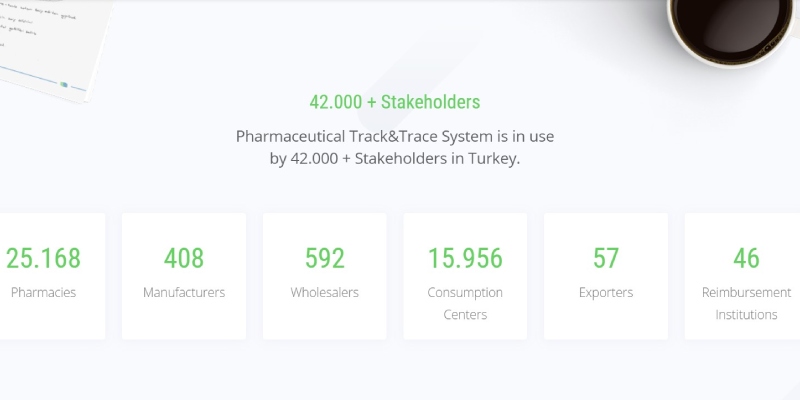 Outcomes and benefits of the system have been an inspiration for other industries and countries. In fact, the Turkish government anticipates applying nationwide track and trace systems for other industries, such as medical devices and food sectors. The Turkish Medicines and Medical Devices Agency recently made significant investments in a project that aims to track and trace medical devices and cosmetics. Also, Turkey is working on ways to further enhance its approach to traceability.


A new, innovative project is investigating a rule-based approach, which may provide a modifiable and dynamic structure. Such a structure would provide the ability to the existing system to be customised with respect to various regulations, serialisation standards and technologies. With this innovation in place, the system could accommodate any country’s regulation and trace any kind of packaged product, without the need of redevelopment. Furthermore, with this innovation, the system can also be used as a harmonised and an interoperable region-wide traceability system.


Turkey’s government and pharmaceutical industry stakeholders are working to increase safety and security in the pharmaceutical supply chain to prevent theft and counterfeiting and other illegal activities, and have gained many additional benefits as a result. Turkey’s traceability system can provide a model for other nations looking to establish a central repository for drug information that can be used to meet CoC/CoO goals. 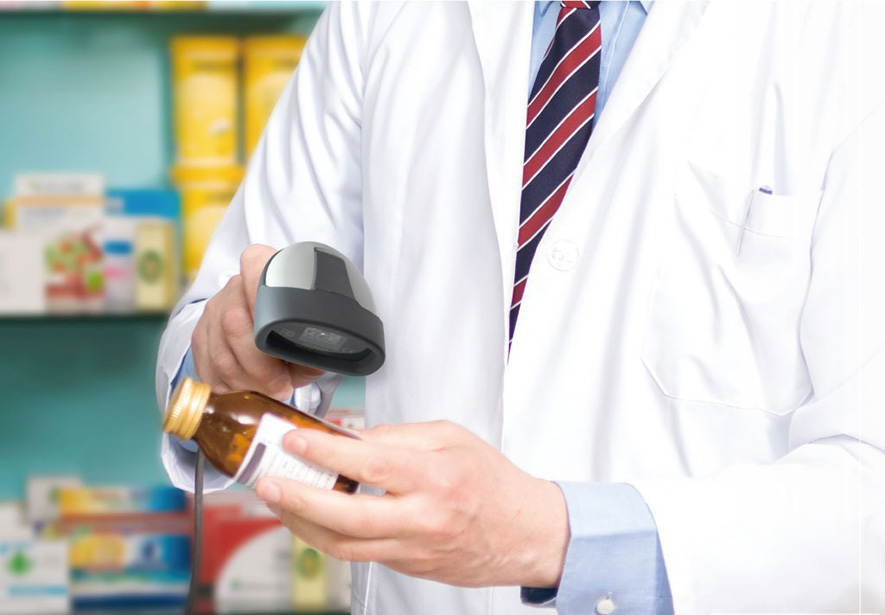 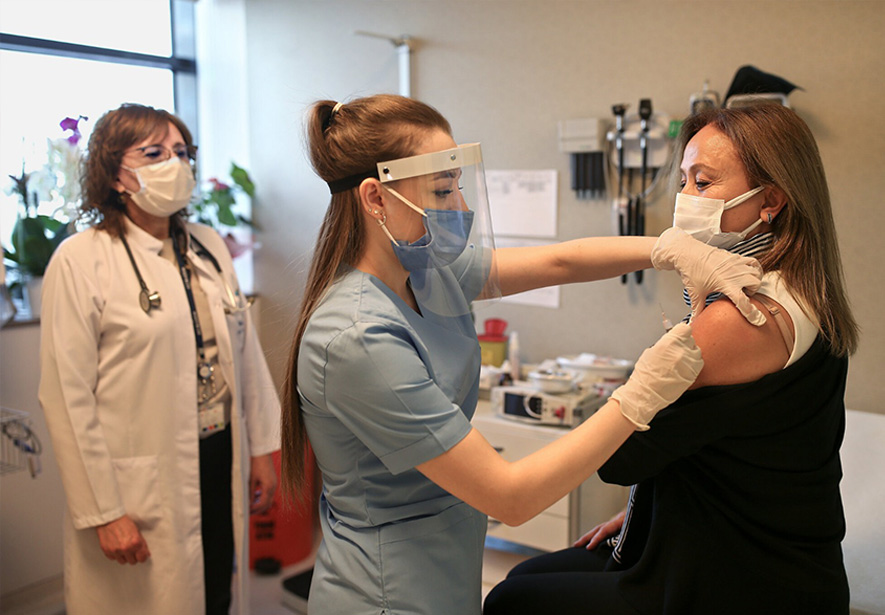 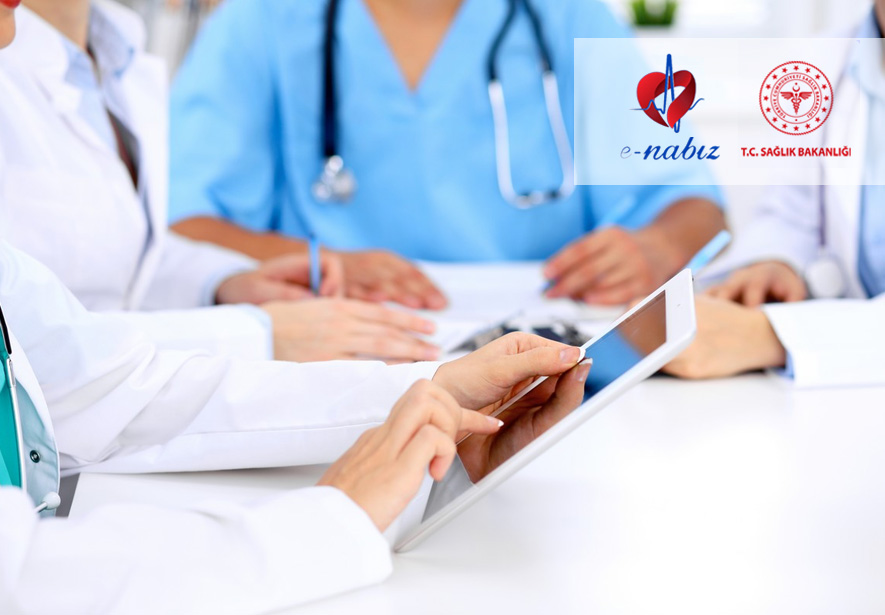 e-Nabız Has More Than 38 Million Users!