Benefits of Pharmaceutical
Track and Trace


The pharmaceutical track and trace system is a logistical technology that enables the tracking and localization of a drug throughout the supply chain. 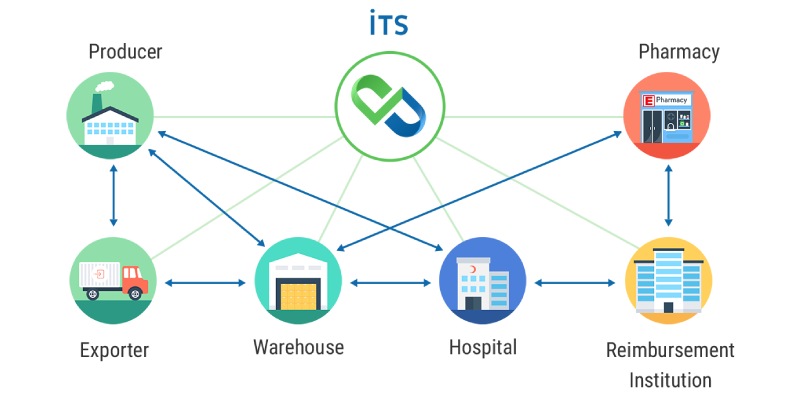 One of the most important features of drug track and trace systems is that they support drug manufacturers to compete among themselves. Thanks to the information obtained from the system, studies can be carried out to increase the efficiency in drug production and sales. In the United States and Europe, companies have expanded the scope of serialization and started to develop pharmaceutical track and trace products using data matrix, RFID and QR Code. Thanks to these advanced drug track and trace systems, the drug flow between production and sales channels can be monitored from beginning to end. All pharmaceutical manufacturers are required to track and trace all stages of their production process to ensure that they are producing in compliance with regulations.

It is not possible for drug manufacturers to fight counterfeit and substandard drugs on their own. Since there is a very large supply chain, counterfeit and substandard drugs can be determined with the investments and cooperation of government and companies providing pharmaceutical track and trace solutions. Thanks to the drug track and trace system, counterfeit drugs can be prevented from entering the supply chain at the first stage.

We have listed in detail the many benefits of the drug track and trace system. However, there are challenges encountered during the implementation phase of this important system. The biggest of these challanges is the lack of a common standard.

The inability to establish a national standard is the biggest challange in the application and serialization of pharmaceutical track and trace solutions. For example, in the United States, the Food and Drug Administration (FDA) asked the pharmaceutical industry to set a general standard so that all drugs can be tracked and traced. The purpose of determining a common standard is to unite all industry leaders under the standard to facilitate compliance processes.

Although pharmaceutical track and trace systems are very secure, some companies claim that the barcode system is not secure and that barcodes can be changed easily. On the other hand, due to the fact that important personal information is included in the system, unauthorized people using the drug track and trace system can also access the information of these people.


How Should an Effective Pharmaceutical Track and Trace System Be?

In order for a pharmaceutical track and trace system to work efficiently and properly, the system must be established with government support and a strong hierarchical order. In case of any vulnerability in drug track and trace systems, which operate regularly and flawlessly, the system only blocks the problematic area in order to prevent illegal transactions and solve problems.


In addition, you can get detailed information about health information exchange by reading our article titled What Is HIE and What Are Its Advantages? See you on different topics.

The Role of Tech in Chronic Disease Management

What Serialization Means for Pharma Manufacturing

Any questions? Get in touch!

When you visit any website, it may store or retrieve information on your browser, mostly in the form of cookies. This information might be about you, your preferences or your device and is mostly used to make the site work as you expect it to. The information does not usually directly identify you, but it can give you a more personalized web experience. Because we respect your right to privacy, you can choose not to allow some types of cookies. Click on the different category headings to find out more and change our default settings. However, blocking some types of cookies may impact your experience of the site and the services we are able to offer.
Necessary Always Enabled

Performance cookies are used to understand and analyze the key performance indexes of the website which helps in delivering a better user experience for the visitors.

Analytical cookies are used to understand how visitors interact with the website. These cookies help provide information on metrics the number of visitors, bounce rate, traffic source, etc.

Advertisement cookies are used to provide visitors with relevant ads and marketing campaigns. These cookies track visitors across websites and collect information to provide customized ads.

Other uncategorized cookies are those that are being analyzed and have not been classified into a category as yet.